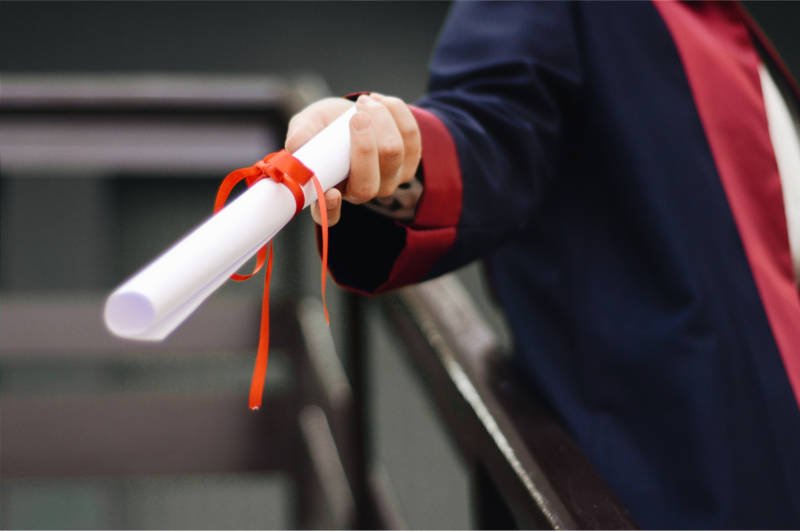 Perhaps you are wondering if you should get a degree? Are you contemplating studying for three to four years to get a university degree, and are you concerned about how earning a degree will affect your career?

For a majority of people, their degree does not determine their career. Apart from the fact that many people do not get jobs that match their degree, some people may pursue a completely different degree later in life. In addition, some degree choices could be seen as unrealistic and could have few job prospects.

WHY YOUR DEGREE MAY NOT DETERMINE YOUR CAREER

A study carried out by the federal reserve bank of New York concluded that only 27% of undergraduate degree holders actually worked in jobs that matched their degrees. Therefore, for various reasons, such as the availability of relevant employment and reasonable pay rates, over a quarter of the population will eventually not spend their lives in a career that matches their degree. This, therefore, means that your degree does not necessarily determine your career.

Although your degree may not necessarily determine your career path, it is an excellent idea to get a degree. Earning a degree has numerous benefits, some of which we will discuss below.

Several studies have shown that university graduates generally earn more money throughout their lifetime than non-degree holders. This is because getting a university degree means acquiring more skills, leading to higher pay. A study carried out by the Grattan Institute showed that people who graduated from Australia’s top universities with a bachelor’s degree earned around 6% more money over a career lasting 40 years. This means that commerce or science graduates have the potential to make an extra AU$200,000 over their career. It should also be noted here that earning potential varies by degree.

SOME PEOPLE GET A COMPLETELY NEW DEGREE LATER ON IN LIFE

Many people get a degree by the time they are 25. And then, later on in their lives, probably in their 40s, 50s, or 60s, they go back to university to study for another degree. They are several for this. People who earn a degree later on in life may intend to pursue a completely different career path. They may also be doing this to increase their earning potential, launch a new career, or they may be retired and want to keep themselves busy. In addition, they may want to start a new business and go back to university to earn the skills they would need for their new venture.

A degree holder’s circumstances may change, which may lead to a change in their career. For example, a pilot or a doctor can have a severe accident or an illness that may necessitate giving up their career. Also, a woman may become a new mother and then decide to stay at home and become a full-time mum. And then, when she decides to return to work, she may choose to pursue a completely different career path.

Some people believe that it is unrealistic for an 18 or 19-year-old who is fresh out of high school to decide what degree they want to pursue at university. People at that age would most likely have never experienced the workforce. They, therefore, do not have all the information that they would need to decide what they want to study at university. Also, at that age, they may be influenced by peer pressure, family, or parents when making their choice. It is unrealistic to study to become a lawyer, doctor, or accountant because your parents are in a similar profession. After studying to be a doctor, lawyer, or accountant, you may find that you have no passion for the profession. You would then leave it to do something completely different.

Have you graduated from university with a degree that took you 3 to 4 years to get? Did you then find out later that it is nigh impossible to find a job that matches your degree? If this describes you, then you are not alone. This is not a new phenomenon. There are so many baristas, waiters, cleaners, and taxi drivers who have university degrees and were unable to find a relevant job. For these people, their degree did not determine their career.

But this is more of an exception to the rule. Earning a university degree is undoubtedly the most common way to a better career. One may graduate from university and end up getting a job that matches one’s degree upon graduation. Others may graduate from university and end up in a completely different career path. Thus, there is a certain degree of uncertainty when it comes to career prospects after graduation. Despite all of this, there is one thing that most university students have in common: the desire to get a well-paying job that is secure and has excellent benefits. Graduating from university with a degree will increase the chances of getting such a job.

WHY IT IS NEVERTHELESS A GOOD IDEA TO GET A DEGREE?

A study showed that university graduates have the following characteristics: they tend to live nine years longer, are healthier, put less pressure on the healthcare system, are more productive at work, experience lower psychological distress, and live healthier lifestyles. University-educated people also tend to volunteer more, vote more, and offer a greater contribution to their communities.

When one thinks of getting a university degree, one only thinks of its benefits in terms of future earning potential, job availability, and promotion opportunities. However, there is another benefit to getting a university degree that is often overlooked: networking. Often, people get jobs based on recommendations made by professors, friends, and classmates. This means that having a professional network could mean that you would hear about a job before others do. Having a professional network is very important, and it begins at university. Some graduates may go on to become entrepreneurs. In such cases, their professional network could lead to several lucrative business deals.

If you have learnt a lot from this article, you should check out what other guides our expert panel has put together for you. Maybe you want to learn about what the real Difference Between a Job and a Career is or if you’re wondering if your first job is going to dictate your career success?

Looking for a Brisbane construction job while you study? Here at Rednax, we can give you a wealth of work experience by placing you with amazing local businesses. Give us a call on 0404205527

Does Your First Job Define Your Career?

Does it Matter What Your First Job is?

How Often You Use Common Sense At Work