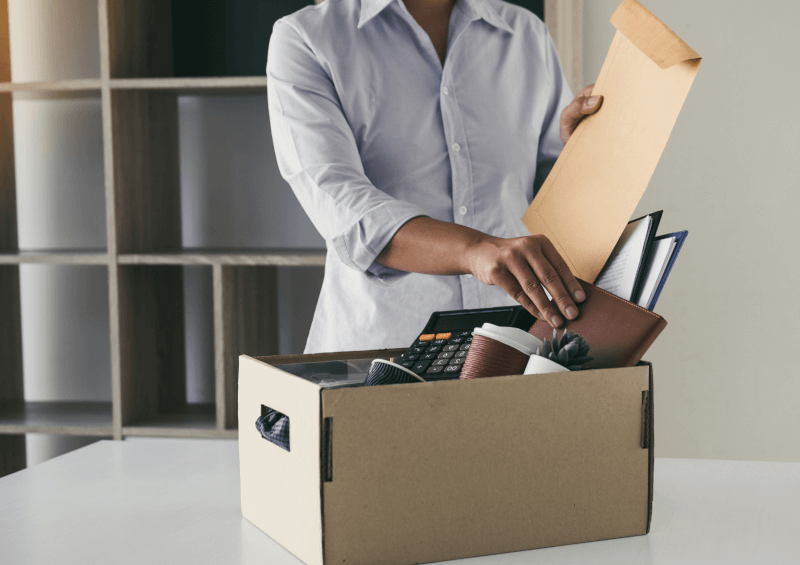 So, you’ve just started a new job. A week has passed, a month, maybe even a few months – and you’re ready to quit. But how soon is too soon to leave a company?

It’s recommended not to leave a company before three months unless you have valid reasons for quitting. This could be a toxic workplace, new job offer, or personal reasons. It takes three months to settle into a new job and properly test a role, which is why you should try to stay this long at least.

We’re going to talk more about deciding to leave a company below.

How long do you give a new job a chance?

It is recommended to give a new job at least three to six months before deciding if you should leave the company. This is the average time it can take someone to feel comfortable in a new work environment. Because of this, experts recommend giving a new job a go for over three months. It allows you to learn what the job actually entails, start building relationships with co-workers and adjust to a new environment. All of these can be contributing factors to wanting to leave a company. 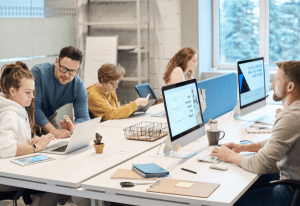 The exception to this time frame is if you feel as though the new work environment is dangerous or unethical. When this happens, there isn’t a time frame that is deemed ‘too soon’ to quit.

Three months is the shortest recommended time to give a new job a chance. But other professionals think you should spend longer at a company before thinking of quitting. Bestselling management author Suzy Welch says that employees should give a new company a year of commitment to a role. But if you have stayed in previous roles for a long period of time – four years, as an example – this time frame is more flexible. Any time before six months is believed to be too soon to leave a company by Welch.

If you’re considering leaving a company soon after joining, it’s a good idea to make a list of pros and cons. It might seem cliché or silly, but these lists are very beneficial in outlining reasons for and against your idea. You might find that some of the negatives you originally list can be fixed easily. For example, if you feel underprepared or ill-equipped to complete your tasks, you could do some additional training.

You might also discover many more pros to your current position that you hadn’t thought of. These could be the motivation for you to stay with a company for a bit longer. Some of your reasons behind wanting to leave could be a time issue. Maybe you haven’t given yourself enough time to feel comfortable in a new job. Either way, a pros and cons list is really beneficial to organising your thoughts and reasons for wanting to leave a company.

What are some reasons for leaving a company after a few months?

There are reasons to leave a company sooner rather than later including a toxic work environment or another job offer. You might have joined a company only to discover that their leadership and communication is not good. There might be little work-life balance and gossipy cliques. These are all signs of a toxic workplace, which is a reason to get out as soon as possible.

The work environment might not be toxic, but a reason to leave a company after a few months would be a better job offer. You constantly want to be growing and moving forward in your career. Great opportunities appear out of nowhere at times. You might be offered a job at a different company that will move you further in your career than this new job. In this case, it is not unprofessional to respectfully leave a new company for another offer.

There are also personal reasons that would see leaving a company earlier than expected as appropriate. This could include needing to relocate your family because your partner is offered a great opportunity in another city.

Another reason to leave a company after a few months could be that you aren’t doing the job that you were hired to do. After joining a company, you might have been assigned to a completely different role than what was first described to you. This could include different responsibilities and expectations. If this is the case and the role doesn’t align with your career goals, you could decide to leave the company.

Is it bad to leave a company after one month?

Leaving a company after a month isn’t bad if you are leaving for good reason. It can also be considered a good time to leave if you aren’t sure about your commitment to the role. You aren’t likely to become involved in too many big, long-term projects within the first month. This means you won’t disrupt major projects by leaving a company too soon. Career coach Brie Reynolds explained that if a job isn’t the right fit, “it’s better to acknowledge that quickly and move on.” This is because you won’t be affecting the company as much as if you had stayed for a year or more. 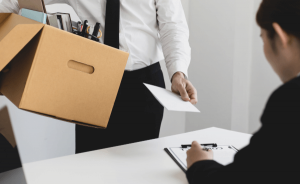 Is it bad to quit a job after a couple of months?

Leaving a company after a couple of months can be perceived as a bad thing by future employers. This does come down to your reasons for leaving though. If you haven’t spent an extended period of time at most jobs in your career, you could appear to be a job hopper. If this is the case, it’s good to re-evaluate your career choices.

If it was just this one company that you are deciding to leave after a couple of months, recruiters are likely to enquire about your departure. You don’t have to go into much detail, but if your reasons are valid (toxic environment, relocation, etc.) leaving won’t be considered bad.

One thing to consider is that leaving a company too soon stops you from gaining proper experience in the role. Your early judgements of a job could be completely different to your thoughts about the role in a few months. Initially, a new job and workplace can be a challenge, but you have to give yourself time to settle in. The first ninety days in a workplace is when you’re adapting to the way the company runs. You will be building your relationship with your co-workers and establishing new working routines. If there is no serious problem with a job, leaving before 90 days could be a bad decision.

Why should I stick it out at a new job? 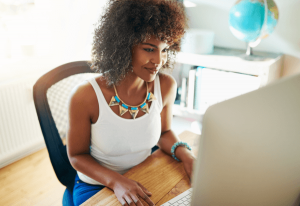 Giving a new company at least a few months can be really worthwhile, even if you are considering leaving. Firstly, the longer you stay, the more commitment you show to your work which is appealing to future employers. You will display loyalty and reliability to a company, no matter how new you are to them. A series of short-term positions on your resume can be a red flag to recruiters because they don’t see you demonstrating these qualities.

You should also give this new company a chance to be a great opportunity for you. As we’ve mentioned, you need to give yourself time to settle into a new position and workplace. Initially, a new company can be intimidating and uncomfortable while you figure out your responsibilities, complete your training and build relationships with co-workers. But after a few months, you could discover that this new company is a great opportunity for your career growth.

The other thing to consider is your financial position. Sometimes it is worth sticking it out at a new company for financial stability. Currently, 26% of job seekers have been looking for a new job for three to six months. Unless you have another position waiting, it is better to hold onto this job while searching for other work. You could gain a whole new range of skills and experience in this time that will help you with future work.

There are valid reasons for leaving a company soon after joining it, but you should always consider the pros and cons of doing so. For more career advice, check out some of our other articles such as ‘does your first job define your career?’ Seeking work as a general or skilled labourer? Get in touch with our Rednax Recruitment team!

Is Doing A Double Degree Worth It?

How To Choose Between Two Jobs

Does it Matter What Your First Job is?